Distributed Audio Solutions are audio systems that allow for playback and often control of music throughout an entire home or building. Numerous commercial systems provide this function, or a system can be custom built.

Single source, single zone systems distribute the same audio source everywhere—individual rooms must listen to the same audio source. This is the simplest type of system that can be installed. If designed properly, no special equipment is required other than one amplifier and a desired audio source. These systems are commonly employed in retail environments and large buildings such as churches, where large, open areas benefit from additional speakers.

Single source, multi-zone systems use separate volume controls that are usually installed in each room or zone to compensate for differences in apparent volume due to room size and shape. This system design is otherwise the same as a single source, single zone in that all zones must listen to the same audio source, though volume control is independent in each room.

Multi-source, multi-zone systems are the most advanced and flexible. Different zones can select (and often control) different audio sources independently of other rooms. In contrast to the systems described above, this kind requires multiple amplifiers (at least one per source, but usually one per zone). This kind of system could be assembled from separate components (e.g. a splitter-router-matrix mixer, a processor, amplifiers and control panels), though knowledge of professional audio equipment and automation systems would be required. More commonly, commercial systems are employed to accomplish these tasks. Some systems distribute digital audio over Cat5 cable to amplifiers installed in each zone. 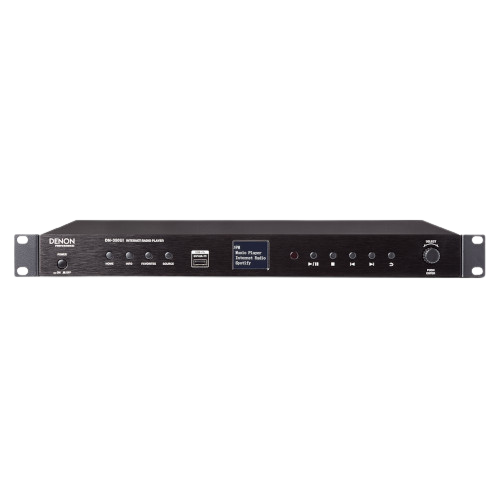 Play files from Bluetooth and USB 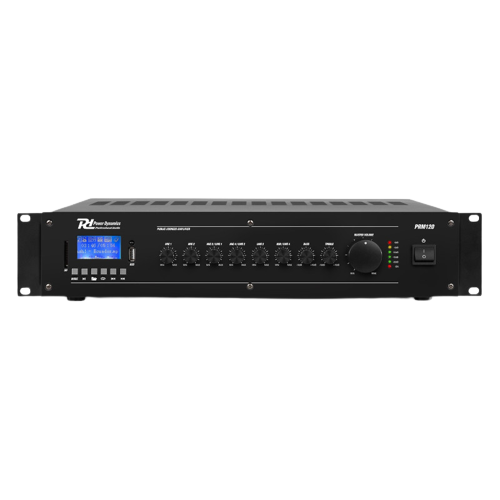 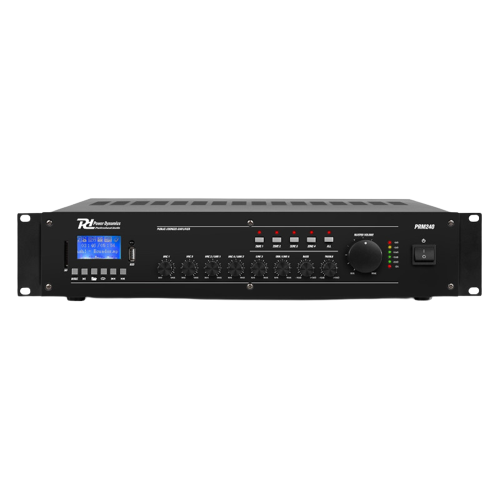 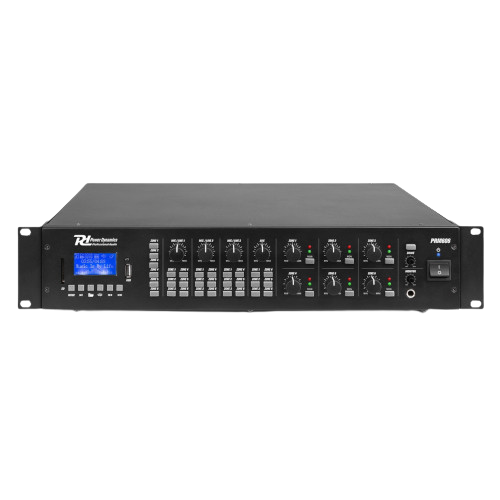 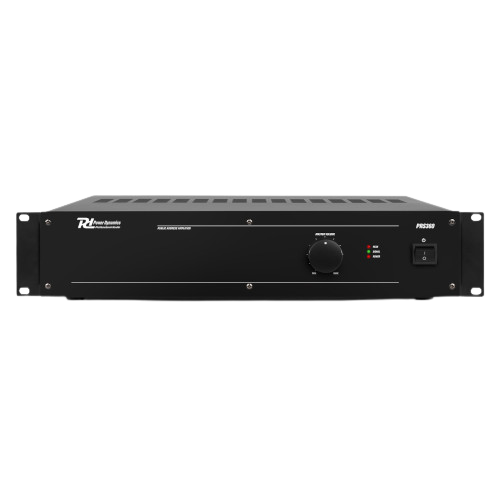 Optional 24v emergency power for back up 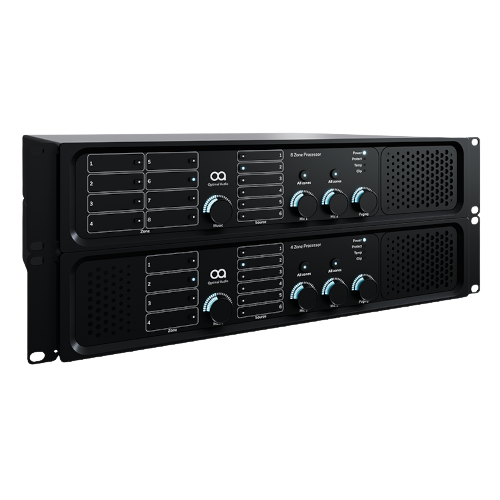 Available in 4 and 8 Zones

Built in 100w amplifiers for low and high Impedance speakers 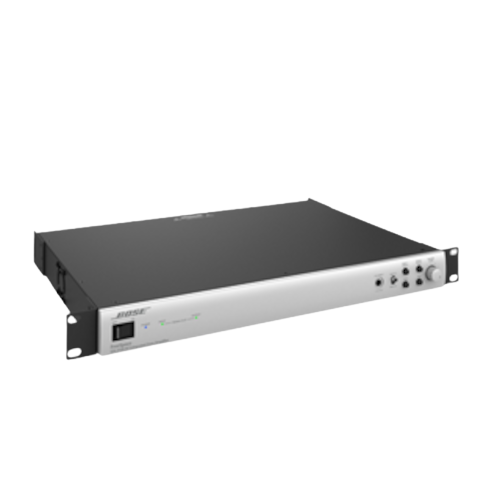 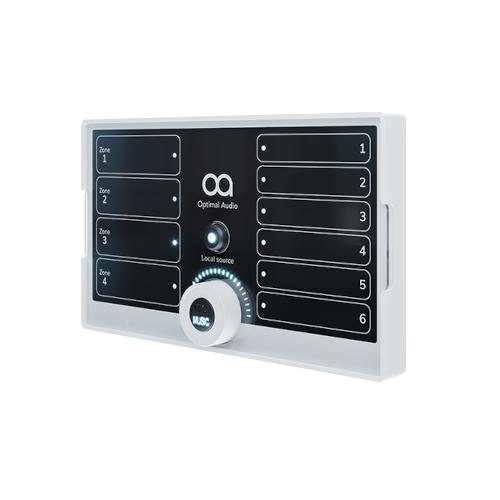 Wall Control for source and level

Designed to allow source and volume control for specific zones 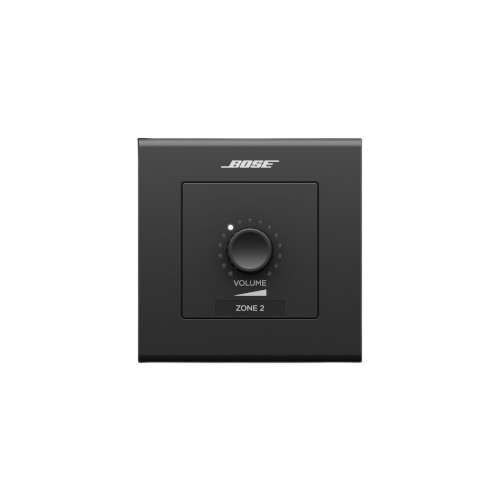 Built it fit into any aesthetic application 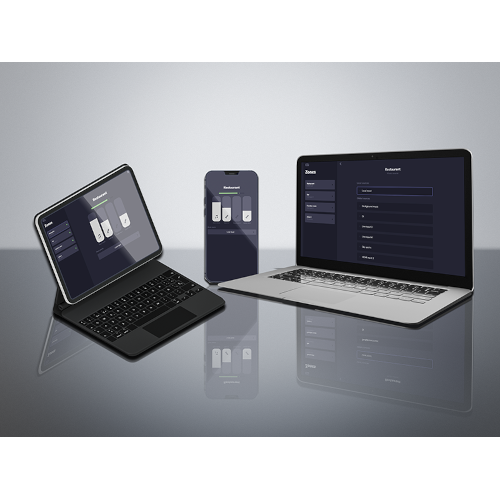 Available for Optimal Audio and Bose 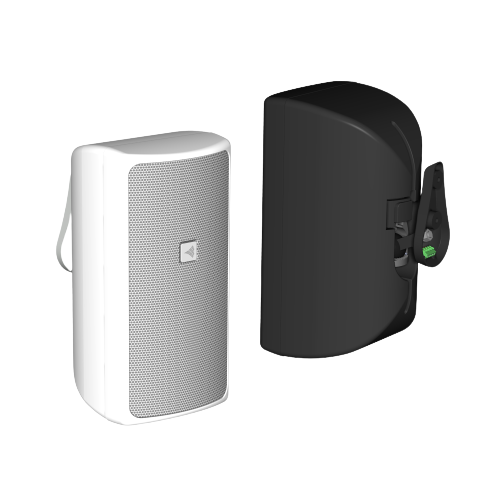 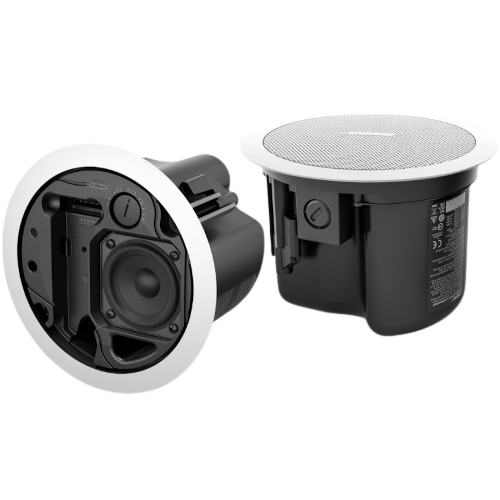 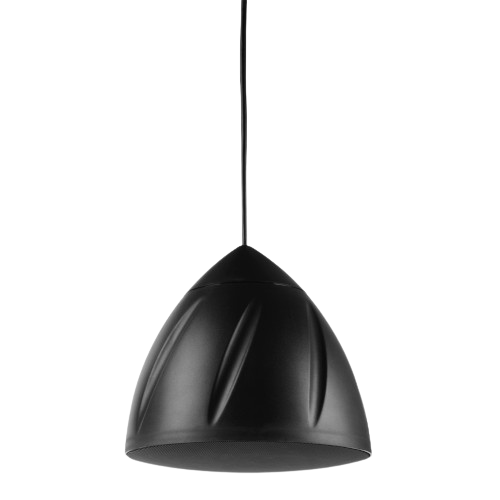 Designed for venues with no ceiling 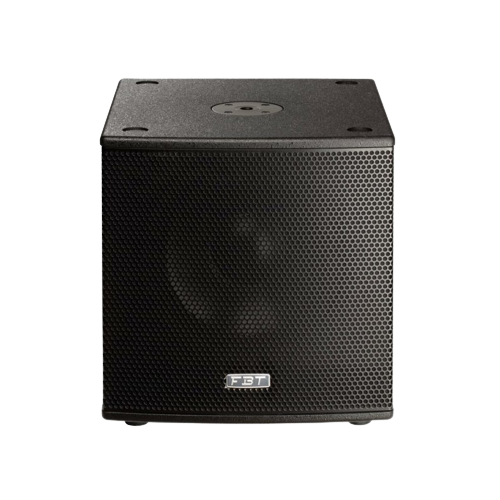 Designed for a wide range of applications

Compact cabinets suited to all venues 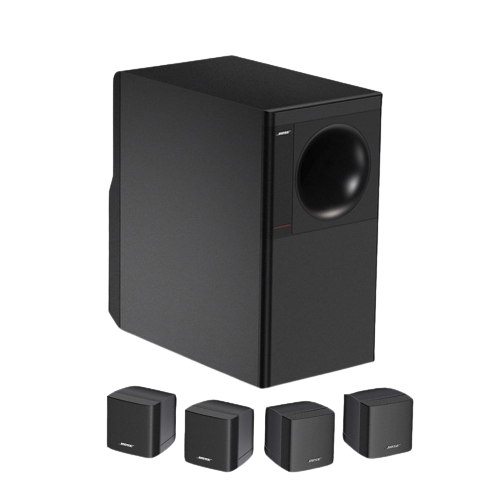 Available in passive and powered versions